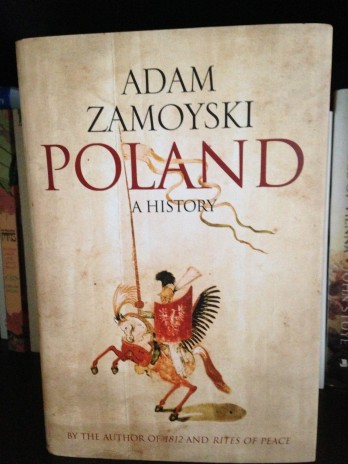 Moving eastward with the history books and in to Poland now. I’ve covered the history of this country a little in college courses. I was particularly interested in learning more about the medieval period and the Polish/Lithuanian commonwealth. Few countries in Europe can ever have suffered at the hands of others as much as Poland. Whereas Prussia used its vulnerability to help forge a  military powerhouse the Poles were democratic and cosmopolitan a few hundred years too early allowing their neighbours to tear them apart. A fascinating read that was brought right up to the present day. It felt less like a history book and more like the first few chapters of an ongoing saga as Poland still struggles with its place in the world and still has those powerful neighbours to keep an eye on.

One thought on “Poland: A History by Adam Zamoyski”

Check out my other blog: novelfest