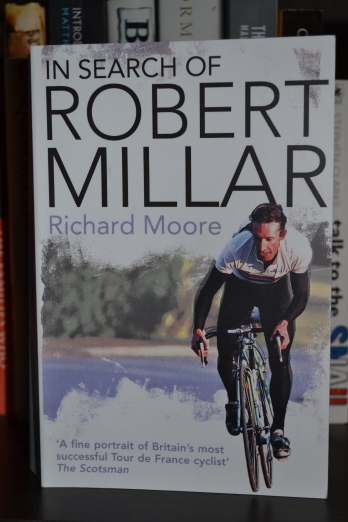 More cycling and this time it’s a biography of Robert Millar. Until very recently Millar was the best stage racing cyclist this country has ever produced. And even after the efforts of Wiggins he’s still the best climber we’ve ever had. His prime was a little before I started watching the tour but I still remember watching him race towards the end of his career. Thinking back to that time it was very different to now. He was pretty much a lone wolf. As the book makes out though that’s a position that suited him. I don’t think he would have done well in today’s Team Sky environment – far too regimented for him. It’s that loner mentality that’s lost Millar his place in the British cycling pantheon really. Which is a shame. However, his talent and tenacity shine throughout the book. And ultimately, like all good cyclists, he’ll be judged on his palmares – something I’m sure he’d prefer anyway.

Check out my other blog: novelfest